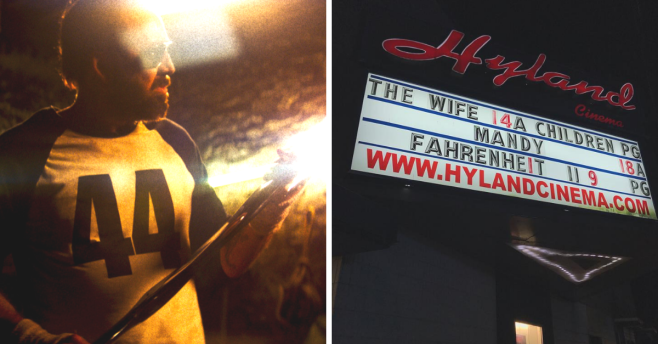 Huge thanks to London’s Hyland Cinema for hosting us for live episode, following a screening of Mandy. And thank you as well to everyone who came out to the movie and stuck around for the conversation!

Caroline Diezyn is a PhD student, writer, and artist in London, Ontario. They think Nic Cage in Moonstruck is dreamy af. Check out their ranked list of every movie on Rattling The Cage on Letterboxd. Send them Cage memes on Twitter.

Dylan Clark-Moore is a person who loves to talk about media in London, Ontario. He joined Rattling The Cage because talking about Nic Cage’s personality is way easier than forming his own. You can find him on Twitter, Instagram, and Letterboxd.